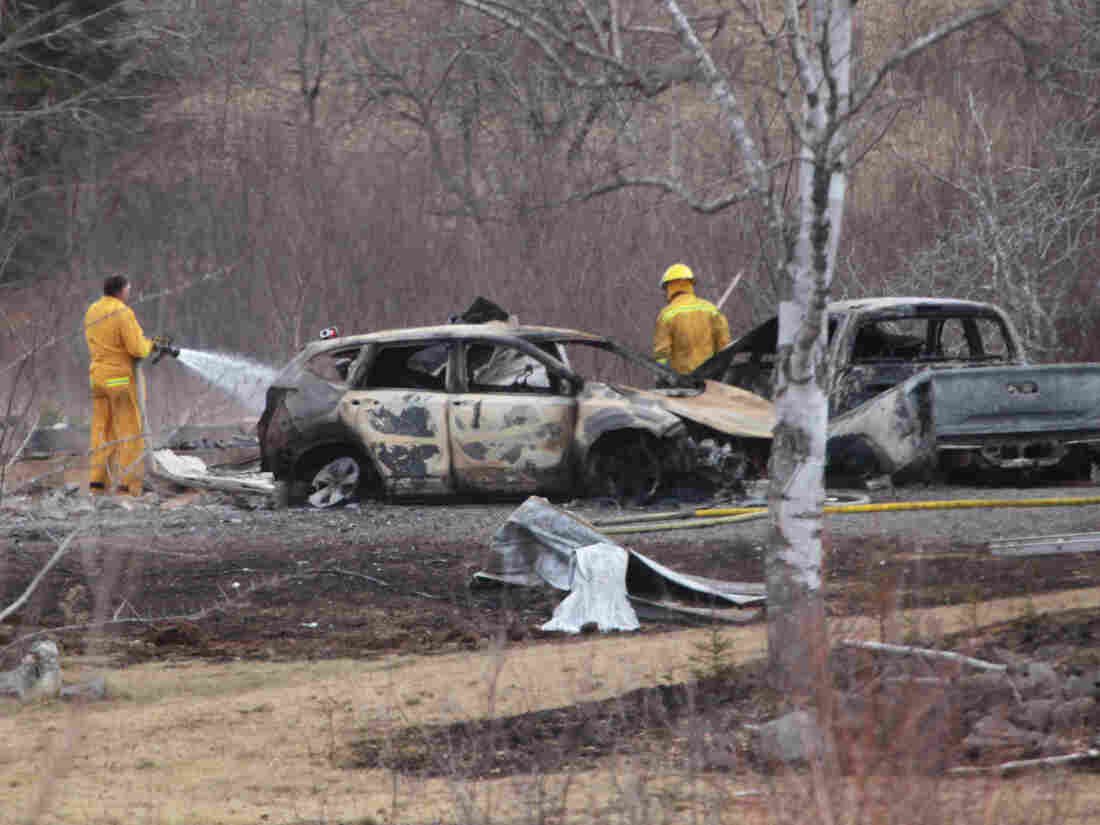 A volunteer firefighter douses hotspots near destroyed vehicles linked to the deadly weekend shooting rampage in Nova Scotia, on Monday. 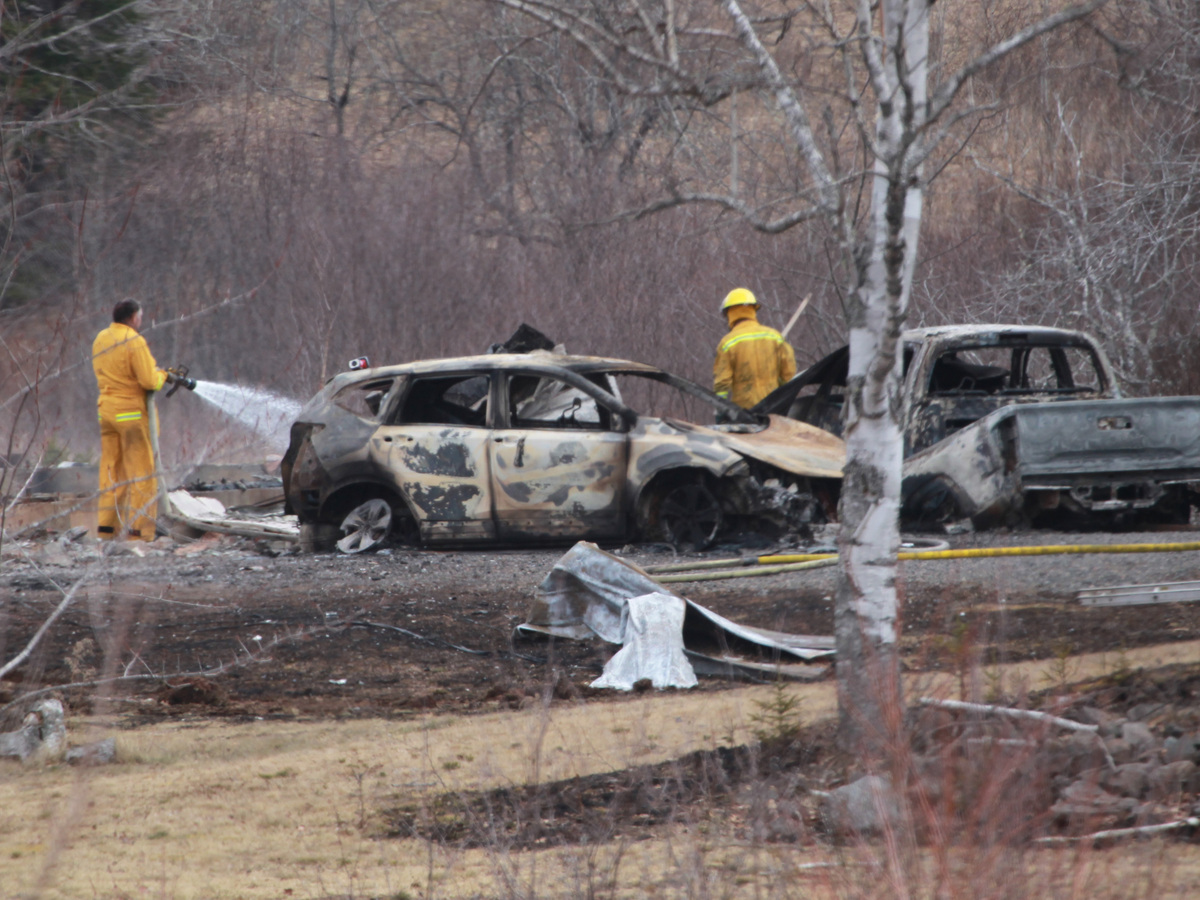 A volunteer firefighter douses hotspots near destroyed vehicles linked to the deadly weekend shooting rampage in Nova Scotia, on Monday.

Police in Canada now believe at least 22 people were killed during what is thought to be the country’s worst-ever mass shooting — a methodical rampage over the weekend in Nova Scotia province that spanned 16 separate crime scenes in five communities.

The Royal Canadian Mounted Police originally reported at least 16 dead after Saturday’s attacks, in which the assailant appeared to have shot many victims and then set fire to the crime scenes. On Tuesday, the RCMP said it had recovered additional remains of victims at various locations in the maritime province.

An earlier statement from the RCMP said 23 had died, but that number included the gunman.

During the attack, which lasted 12 hours, the suspect, identified as Gabriel Wortman, 51, wore an authentic RCMP uniform and one of the cars he used “was a very real look-alike” for a police vehicle, authorities said.

Wortman, a denturist from Nova Scotia, is believed to have been shot Saturday by police and died the next day from his wounds, authorities said. Authorities have not given a motive for the shootings.

On Monday, Chief Superintendent Chris Leather said there had been five structure fires and that victims were believed to be inside the burned-out buildings. The added death count on Tuesday is of remains found at some of those destroyed structures, according to The Globe and Mail.

Among the victims identified previously was RCMP Constable Heidi Stevenson, a 23-year veteran of the force.

The Globe and Mail reported that police said victims had been found in Portapique, where the gunman lived, and Debert, Shubenacadie/Milford and Enfield — a large geographic area surrounding an inlet of the Bay of Fundy in the central part of the province.

The RCMP in Nova Scotia, which originally said it thought Wortman had acted alone, said police are now investigating whether he may have had assistance in the series of attacks, the newspaper said.

Since the attacks, questions have arisen over why the RCMP used Twitter to alert the public to the manhunt for the shooter, instead of activating the province-wide Alert Ready system.

The warning system – which blares a siren by cellphone – was last used April 10 to warn people to stay home during the Easter weekend to prevent spread of the coronavirus, according to Canada’s National Post newspaper.

At a news conference on Monday, Chief Superintendent Leather said the force believed that Twitter was “a superior way to communicate” but will take a close look at that reasoning as part of its investigation.

It’s Not Whether You Were Exposed to the Virus. It’s How...