UFC’s Demian Maia
Predicts Winner of Usman Vs. Masvidal
… I Fought ‘Em Both! 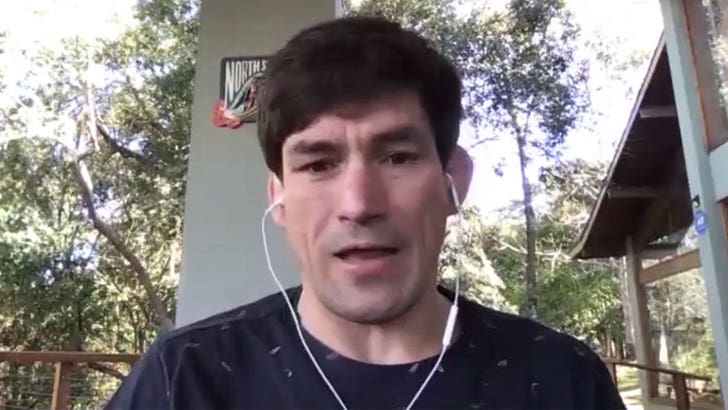 Demian Maia is the ONLY MAN who’s fought both Kamaru Usman AND Jorge Masvidal … and he’s got a gut feeling about who’s gonna win at UFC 251.

Remember Maia BEAT Jorge Masvidal back in May 2017 — in a 3 round split decision.

But, he took an “L” to Usman when they clashed a year later in 2018 in a 5 round unanimous decision.

So, with both of Demian’s former opponents set to do battle tonight on Fight Island, we had to ask … WHO YA GOT?!

“I think there’s some things that makes this fight more Kamaru favorite for this fight. I think he’s more well-rounded, he’s a very good wrestler and he’s also you know he had that full camp.”

“Masvidal, ya know, he didn’t have this camp, he just got this fight so that’s why I think Kamaru is the favorite, but MMA is a crazy sport.”

There’s more … Maia also told us how Jorge can upset the reigning welterweight champ in the UFC 251 main event.

TikTok collected MAC addresses for 15 months on its Android app